Standup comedian David Brenner died today at the age of 78.

He wrote one of my favorite books: Nobody Ever Sees You Eat Tuna Fish.

The title of the book comes from an anecdote Brenner tells about he was so poor as a young child, he had to eat tuna fish sandwiches for lunch every day. It was embarassing--nobody ever wanted to trade lunches with him, but there was nothing he could do. His family couldn't afford anything else.

He worked hard and worked his way up in show business, eventually appearing on The Tonight Show.  Once he had some success, he went back to visit the old neighborhood in Philadelphia were he grew up, and he saw many of his old friends.  When they saw him, they teased him, "Oh, there you are, Mr. Big Shot, big California guy!" They treated him as though he were some spoiled rich guy who had all the luck in the world.

Meanwhile, he still felt like the same person, that poor kid who ate tuna fish every day. But no one else seemed to remember how poor he was, or the fact that he struggled with those crappy lunches for years. No matter how hard you have to work to achieve success, he said, no one ever seems to remember what you went through to get there.

Rest in peace, Mr. Brenner, and thank you for all of the laughter you brought to the world while you were here.

Where is that darn plane??? Enough already! I say we get John Edward, Theresa Caputo and James van Praagh in a room together and figure out once and for all what happened to that missing Malaysia Airlines plane.

Following in the wake of John Travolta's total butchering of Idina Menzel's name into "Adele Dazeem" at the Oscars, there's now a widget that will take any name and "Travoltaize" it. You can give it a try HERE, at Slate.com.

Quote of the night:
"No matter where you're from, your dreams are valid" -- Lupita Nyong'o

Host Ellen Degeneres:
I thought she did an excellent job, although her monologue was a little bit edgier than we've seen her before--it seemed like a few of the celebs were surprised by the way she took jabs at them. They're used to sweet, non-controversial, easy-interview Ellen. I liked her follow through on the 'ordering pizza' bit, and yes indeed, she "broke Twitter" with that selfie.  It took me multiple tries to re-tweet it!

Scary sight of the night:
The sadly altered visages of Goldie Hawn and Kim Novak. Goldie's eyes looked teeny tiny because of how puffy her cheeks were. Kim Novak was almost incoherent. I think the fillers and botox made it difficult for her to open her mouth wide enough to speak.  Awful.  They could take notes from Sally Field, who looked absolutely beautiful. Yes, she's gotten older, but her face was radiant and expressive and real--a far cry from the frozen masks we see too often in Hollywood.

Proof that Brad Pitt is a hands-on Dad of 6:
I loved when Brad Pitt jumped up and started handing out paper plates when Ellen was passing around the pizza. It seemed very much like business-as-usual for him--pitching in certainly seemed like second nature.

Advice for Matthew McConaghey:
Congratulations on your well-deserved win! NOW GO EAT A BACON CHEESEBURGER. You're still too thin, baby.

Darlene Love's Still Got It:
Damn, girl! I don't know what I enjoyed more: the way she killed it belting out her thanks after the documentary 20 Feet from Stardom won, or the adorable fist pump from Bill Murray as he rose in admiration when she was done.

Shout Out to Harold Ramis:
I also loved Bill Murray's shout out to friend and co-star Harold Ramis during the Best Cinematographer nominee announcements. Considering the fact that they became estranged after Groundhog Day, it was a poignant acknowledgment of an old friend.


They didn't take home the Oscar for Best Song, but they did win the night in terms of musical performances for Ordinary Love.

Welcome to the EGOT Club!
With his Oscar win for "Let it Go" from Frozen, Robert Lopez joins the elite group of artists who has won Emmy, Grammy, Oscar and Tony award. Congratulations! Loved his wife/writing partner's shout out to "BROOKLYN!"

I love Pink, but...
Pink sang her face off, as usual, and I loved her rendition of "Over the Rainbow." But it did strike me as odd that they had a legend like Liza Minnelli in the audience and didn't have her singing any sort of tribute to her mother, Judy Garland.

Suck It, Woody Allen
I'm bummed that Cate Blanchett won Best Actress for her role in a Woody Allen movie. He's disgusting and I do not believe that his "creative genius" in any way excuses his horrible behavior as a person.  When Cate mentioned him at the beginning of her acceptance speech, you could hear the disapproval in the room. Boy, did she rush right into a gushing tribute to her fellow nominees after that. I didn't understand her "in joke" with Julia Roberts, but it also struck a discordant note.

Movies I Still Want to See Now that the Oscars are over:
Her has a freaky-deaky plot, and Joaquin Phoenix really committed himself to bringing the crazy (not a stretch, from what I hear) so I definitely want to check that one out. I'd also like to see the documentary about back-up singers, 20 Feet from Stardom.  Dallas Buyers Club and Frozen are definitely on the list, too. Others that piqued my interest after seeing clips last night: Nebraska, American Hustle, Philomena. I'd also like to see the Short-Action Film Helium. It didn't win, but the clips made me want to check it out. It's about a hospitalized boy who is very ill, and one of his nurses tries to give him hope by telling him fantastical tales about a place called "Helium", where sick kids go to get better. You can see the trailer HERE.

Movies I Still Do Not Want to See Now that the Oscars are over:
These films may have won Oscars, but I still have no intention of seeing them: Gravity (no interest in watching Sandy Bullock hyperventilate for 2+ hours), Captain Phillips (too violent, and I can't stand seeing anyone be mean to Tom Hanks), 12 Years a Slave (I know it's history and it happened and we need to remember that it happened, but sustained violence and hatred against other human beings is not something I want to see), The Wolf of Wall Street (DiCaprio acting like a selfish tool, and Jonah Hill naked? Um, no thank you), Blue Jasmine (anything by Woody Allen is an automatic no-see for me). 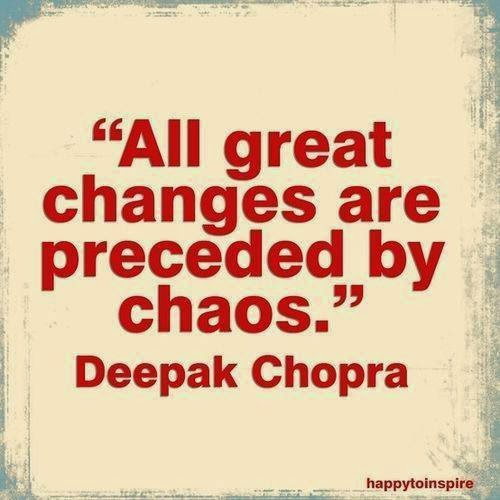